Using the Mendeley API in ruby

Mendeley offers a public API for developers to retrieve some of their data and use it in third-party applications.

At Shazino, we love trying out new things and wanted to use it. Our first attempt led us to release the iOS Mendeley SDK as an Open Source project.

Lately, we tried something similar in Ruby. There is already an interesting Open Source mendeley SDK in ruby. Unfortunately, we needed to make authenticated requests, and this gem allows only public API calls.

So we went and made something simple to fix that problem.

A bit of background: OAuth1

OAuth is an authentication protocol for machines. You probably already saw it when applications allow you to authenticate using your account in an other one.
The current main version of OAuth is 2.0, and is the most documented one. However, Mendeley supports only the version 1.0 of the protocol.

The OAuth1 authentication flow is as following: 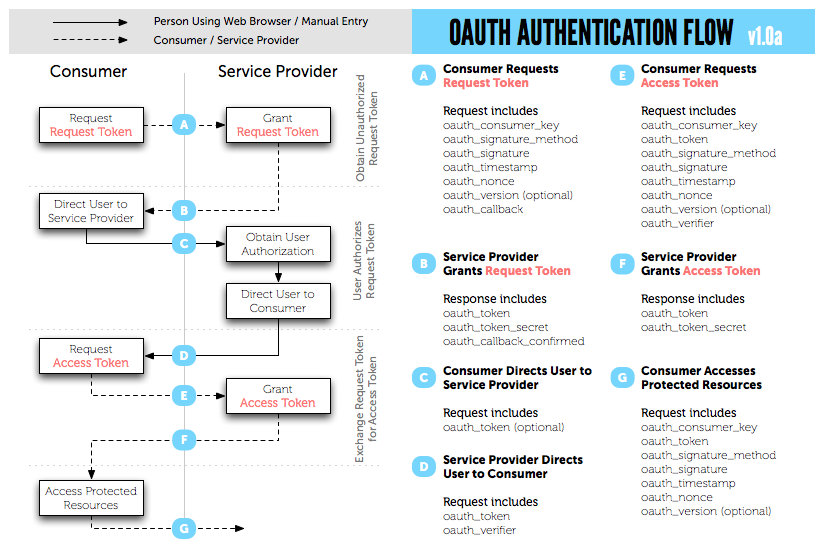 We don’t need to implement token authentication though, as there already is omniauth-mendeley, a ruby gem to manage that authentication process. But we still need to be able to make API calls with a token once we managed to get one with the above flow.

These calls need to get an oauth_signature parameter, which is SHA1 of all the parameters + your consumer secret and the user’s secret token. You can check out this gist to check how this works.

Fortunately, we aren’t the first ones to try doing this, and faraday has a nice oauth middleware

We can now easily make authenticated calls to the API:

For more information on the mendeley API, you should check apidocs.mendeley.com.
Happy Coding!