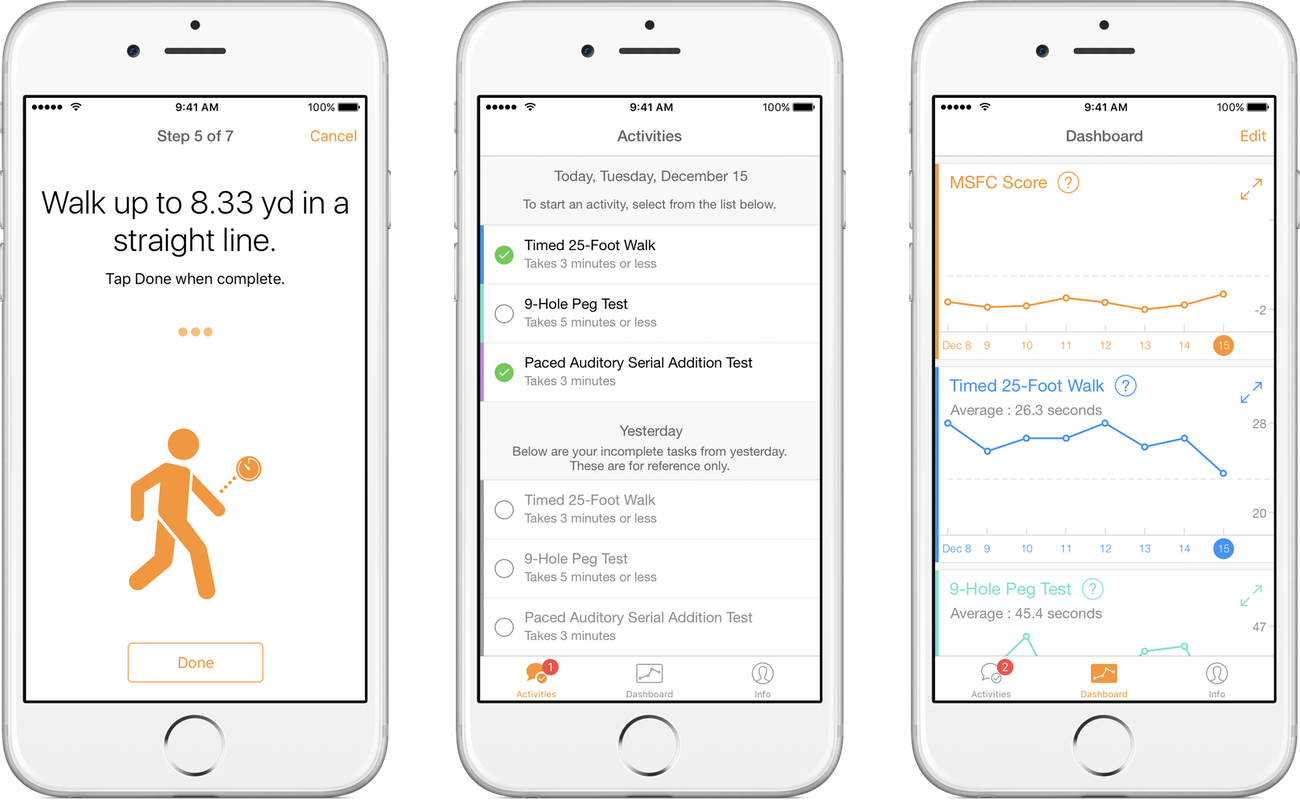 Over 2.5 million people are living with multiple sclerosis globally. This is the most common autoimmune disorder affecting the central nervous system. This chronic disease disrupts the flow of information within the brain, and between the brain and body.

“By open-sourcing ResearchKit, Apple allowed developers to collaborate with doctors and create new innovative apps to conduct clinical studies. We wanted to be part of this very important evolution and contribute to the ResearchKit code repository.”
Julien Therier, CEO of Shazino

“The cause of multiple sclerosis is unknown, and there is no known cure for this disease. We hope that the Neurons app may one day be used to screen patients in their homes for multiple sclerosis, or help them to better manage their disease between two doctor’s appointments.”
Julien Therier, CEO of Shazino

Neurons is just at its early stage. Shazino is now looking for a partner (i.e. research laboratory or pharmaceutical company) interested in using app features for its own clinical study in multiple sclerosis.

Neurons is available to download for free from the App Store.

Source code for the standardize activities has been shared on the ResearchKit repository.

Shazino is a French start-up which provides innovative platforms and apps for scientists.

The company was founded by life science researchers and developers dedicated to improving workflows in research labs. In addition to the Neurons app, the young company has released a set of iPhone, iPad, Mac, and Web apps (Hivebench and PaperShip) that facilitate lab bench work, as well as laboratory management. Shazino is also involved in the Open Source movement with the release of open source software development kits MendeleySDK, SZNZotero, and SZNAltmetric.

Shazino is an independent start-up not affiliated with Apple.